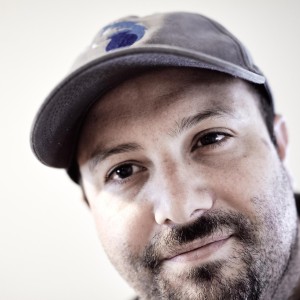 She was going to buy this house, unless of course, she could find a way to make it pay for itself, and that’s what had her sitting on the porch this morning as she waited patiently for Mildred Collins’ Buick to turn into the driveway.

“Doesn’t look like much,” said Mildred, glancing at Daniella from over her sunglasses. “Are you going in?”

Mildred shook her head. “Then you are more brave than I.”

Daniella chuckled at Mildred’s comment as she and her friend got out of the car. She picked up the first thing that came to mind when Mildred asked about the house, a pamphlet on how to create a haunted house. It was the first thing she had seen and it was about all that had anyone in her family believed to be real when she called to tell them of her purchase. When she mentioned ghosts, they shrugged. “The house is haunted? Oh yeah, I believe that.”

Daniella closed the car door with a soft thump, and marched toward the front porch. The house was a two-story but rather narrow, almost like a teenager’s hastily drawn stick figure. There were several windows on either side of the door that had been left open in spite of the chill in the air. She was thinking they could maybe be barred later for now she only wanted to prove to her friends she could be brave.

Mildred offered her arm for support, but it was just a formality. Daniella would never admit it, but Mildred had actually done some research on the history of the house and if there were any solid facts to back up stories of hauntings, she wouldn’t have been standing in front of the place wondering just what she had gotten herself into.

“It was supposed to be a safe house during the war, you know.” Said Mildred as they approached the door. It didn’t look much like a safe house to her but Daniella nodded anyway. “Supposedly it’s haunted by people who never made it out alive.”

“Why was this place left to rot?” Daniella asked as her hand reached out toward the door. “It’s such a waste.”

Mildred shrugged. “Who knows? Maybe no one wanted it, or maybe they didn’t want anyone else having it.” She looked up at the house and took a deep breath, then let it out slowly. “Gives me the creeps. I could live in a place like this.” She said with a shiver.

“You don’t have to stay here,” Daniella said, turning toward her friend.

“I can handle it if you can.” Mildred shot back confidently as she shoved her sunglasses up on her forehead.

Daniella pushed the door open and stepped inside followed by Mildred who let out a soft gasping sound when they stepped in. “I knew it!” she said in almost a whisper.

“What?” asked Daniella, her eyes darting around looking for something to be wrong but all that she saw was the dim light of the front windows. The house was a lot darker than she had expected it to be, but most of that was due to the overgrown foliage on the trees outside blocking out most of what little sunlight there was.

“This place is haunted.” said Mildred with certainty. Her friend rolled her eyes at her comment and looked around the living room.